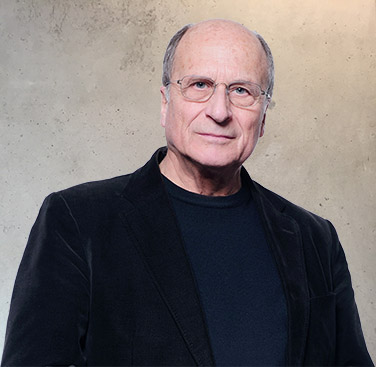 Gonçalo Byrne (Alcobaça, 6th December 1941) is a world-renowned portuguese architect who has been honoured with the gold medal by the Academie d’Architecture de France in 2000.

Gonçalo Byrne, awarded a bachelor’s degree in architecture at the Technical University of Lisbon in 1968, had a brilliant career as a professor teaching at some renowned european universities (University of Venice, Losanna, Naples, Lovanio, Barcelona, Graz, Pamplona, Coimbra, Sassari) and at Harvard University, Usa. Some of his projects have been exhibited in New York, Lubiana, Messina, Lucca, Como, San Marino, Lisbon, Oporto, Milan, Venice e Vicenza.

Byrne’s projects and works have been published in the main international magazines.

The connection between landscape and architecture is crucial for the quality of life and sustainable development. The constant research on the proper combination of environment respect, its history and the need for transformation characterises the work of Gonzalo Byrne. In its works contemporary architecture meets tradition and local context. Stylish accuracy, intuition, solutions tailored to specific needs and semplicity shape Byrne’s architecture, which tends to create new bonds between urbanization and nature, present needs and landscape memory. 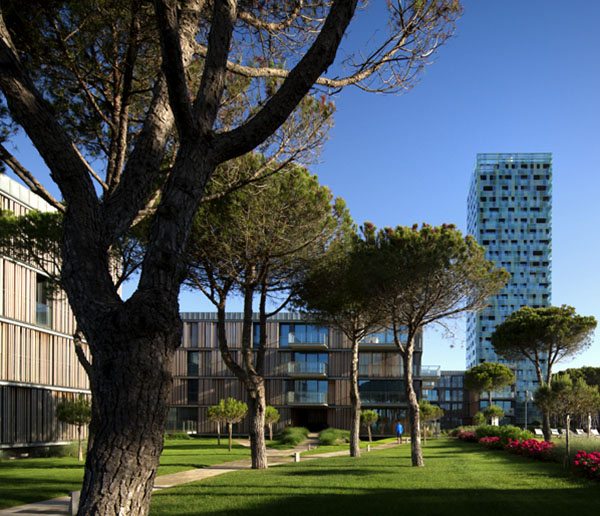 It is located in a wood and includes three different areas: a public area, which is a wood whose dominant species is the maritime pine (genus Pinus); a private area, which includes residential areas and shopping centres; and an area which leads to the beach. The paths inside the park have been realised thanks to above-ground walkways. The private area has a block characterised by a tower where there is a mall. This building is wide in order to make trips and interaction between people and space easier. The residential areas are above-ground, so they can be reached through ramps built inside the land. This area includes some paths (made from the same material), two swimming pools and a smaller building. You can reach the beach thanks to above-ground wooden walkways. The main concern of this building is the removal of every architectural barrier and the enhancement of urban space achieving the harmony between man and nature. 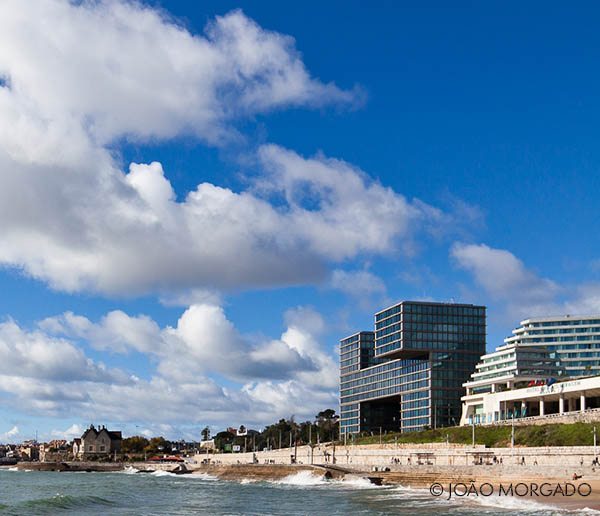 This new complex replaces the ancient Estoril Sol Hotel, built at the beginning of the Sixties. The building is situated in Avenida Marginal and it is surrounded by a wide green area which extends from the Morro da Castelhana to the court inside the building. The slope is 30 meters tall so the building has a strong connection with the hill landscape behind.
The transparency created by this architectural composition reveals its connection to Parque de Palmela, which was previously hidden by the ancient hotel.
The entrance to the complex is in the central part of the building. Inside the basement there is a pathway which represents the backbone of the building.
The complex has a height of 14 floors from the elevation of the street and houses 107 apartments (three, four rooms) some of them are duplex.
The complex includes several offices, a shopping centre and parking lots. 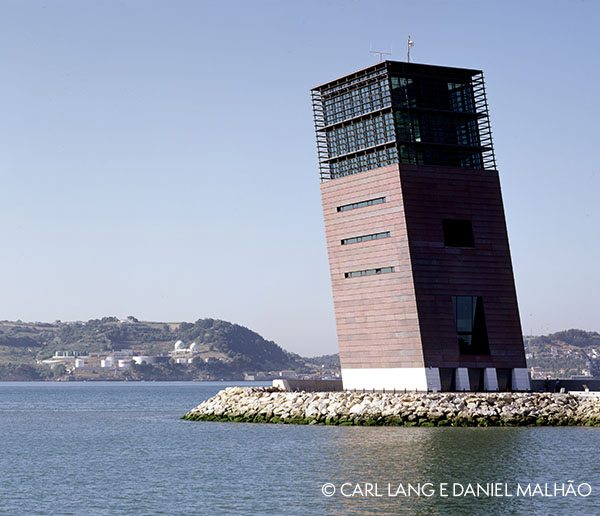 The tower, which leans slightly out over the water, stands at the tip of an artificially created cape projecting out over the Rio Tejo. Higher up, the look of the facade softens the massive aspect of the strictly symmetrical shape of the building.
The tower, an element of earth which seems to turn into an element of air at the top, is characterised by foundations of light-color stone and a surface of glass and córtex.
The building is just one of the historical buildings built along the river: there are fortresses, Vasco de Gama bridge and Bélem Tower. 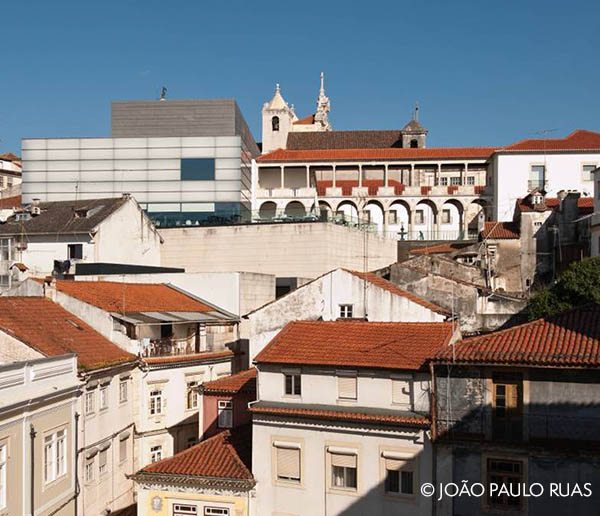 Machado Castro Museum is situated on the hill Alta Coimbra, where you can find the old town, the Cryptoporticus and the Roman Forum.
The main aim of Byrne’s project is to underline the extraordinary harmony between the shape of the building and the surrounding territory.
The new gallery of the museum, developed in extension and height, softens the massive look of the Baroque Church. The main entrance has the original gate of the former bishop’s palace and the central patio constitutes an essential empty space where the Roman Forum can be recreated and anticipates the experience of the visit.
The main volume has been built inside the original perimeter of the Forum; the external facade restores the original cryptoporticus, employing a cladding made of metal so that the ruins of the roman village can be admired; public stairs separate the enlargement from the historical building and urbanizes the ancient town.

All the main projects 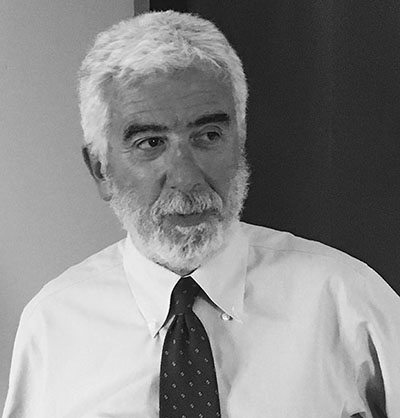 Domenico Catambrone, architect
He has been living and working in Asti for many years.
He deals with city planning, town planning and architectural planning, carrying out lots of projects of houses, offices, public places and, in particular, shopping centres.
Utmost care to the project and to the construction site characterise its working method and technical staff.
On this site we use technical cookies and, with your consent, third-party profiling cookies, to better manage our advertising campaigns. By clicking "I accept" you consent to the use of this type of cookie. I AcceptClick here if you want to deny consent to this type of cookie. To learn more and opt out of certain types of cookies, go to Privacy & cookie Policy